A Weekend At Nangaramoan Beach 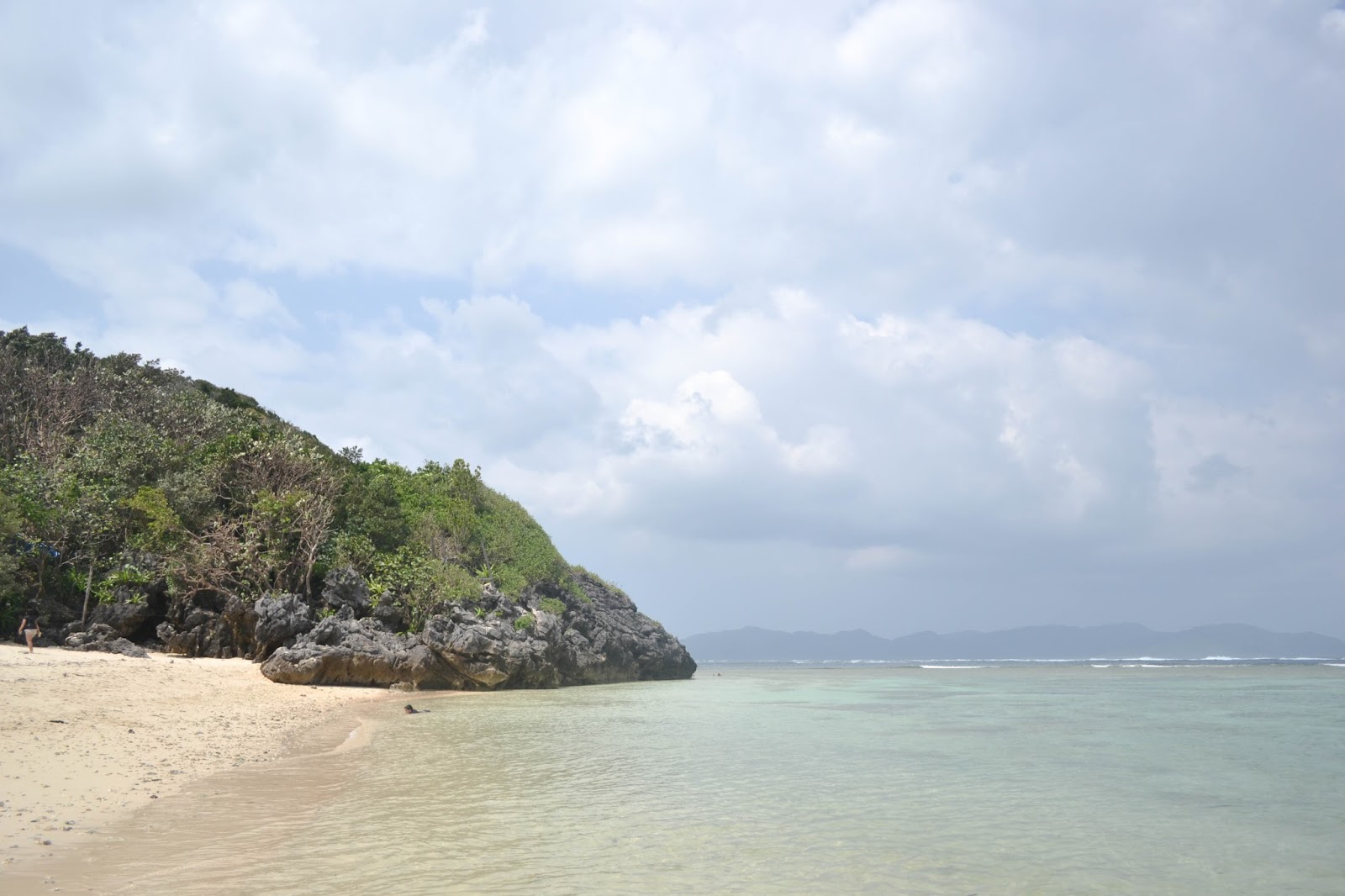 Staying at my husband’s hometown has been really chill but I’d have to say that the highlight of our trip this year is spending a weekend at Nangaramoan beach.

We’d been looking for a good excuse to hit the beach for quite a while and we found just the right one last weekend.

Nangaramoan Beach is in Sta. Ana, Cagayan, which is a few towns (an hour and a half drive, without stopovers) away from Aparri. It’s part of a long stretch of beaches found in Brgy. San Vicente.

Although Sta. Ana’s beaches have been gaining popularity in the past couple of years, its shores are still pristine. 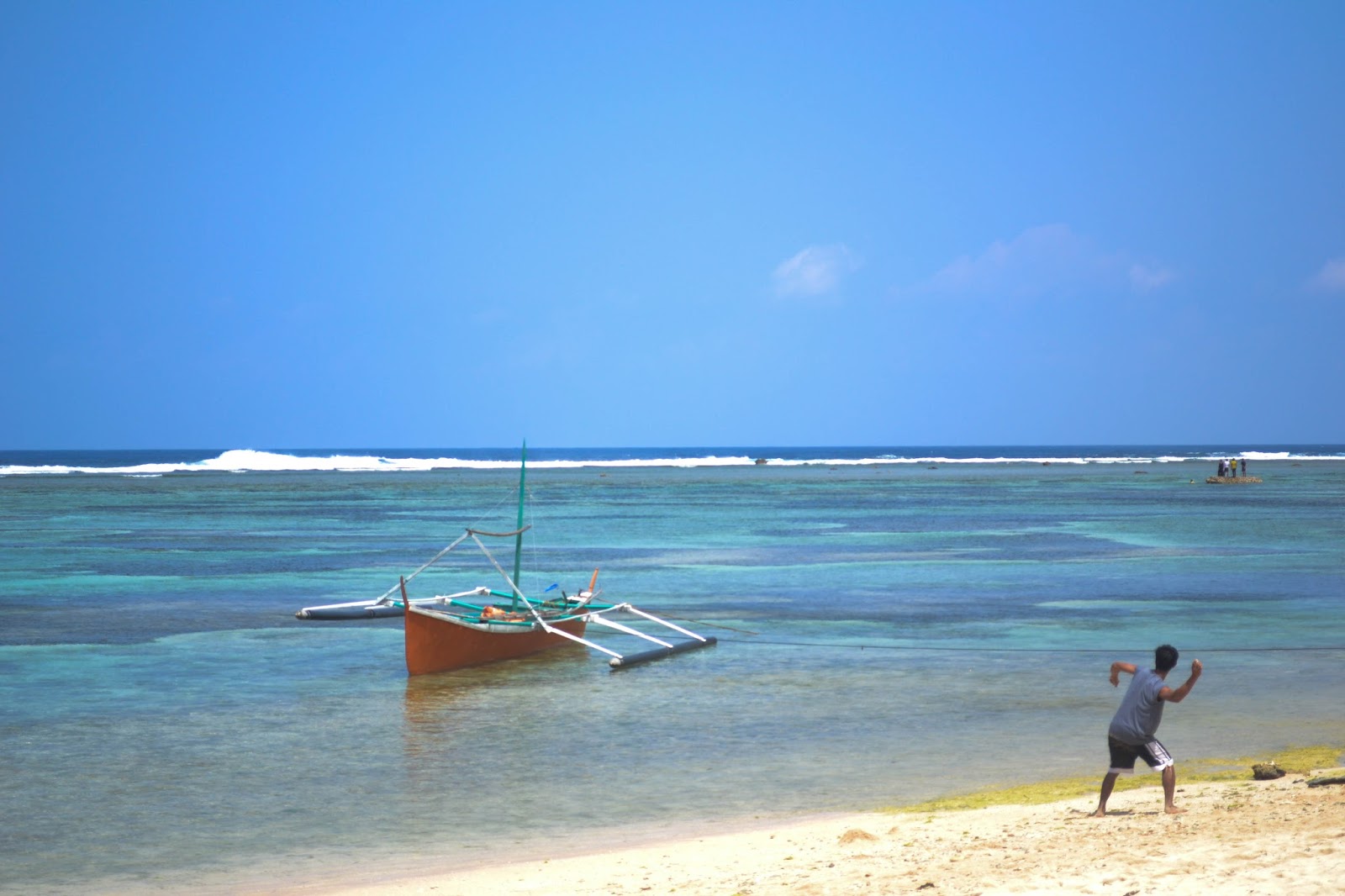 The water is crystal clear. So much so that you can see live fish swimming in some of the shallow parts of the sea. The water’s not deep, though, and would recede most part of the day due to low tide. But it doesn’t diminish Nangaramoan’s beauty.

Its seabed is rather stony, still abundant with corals topped with moss. 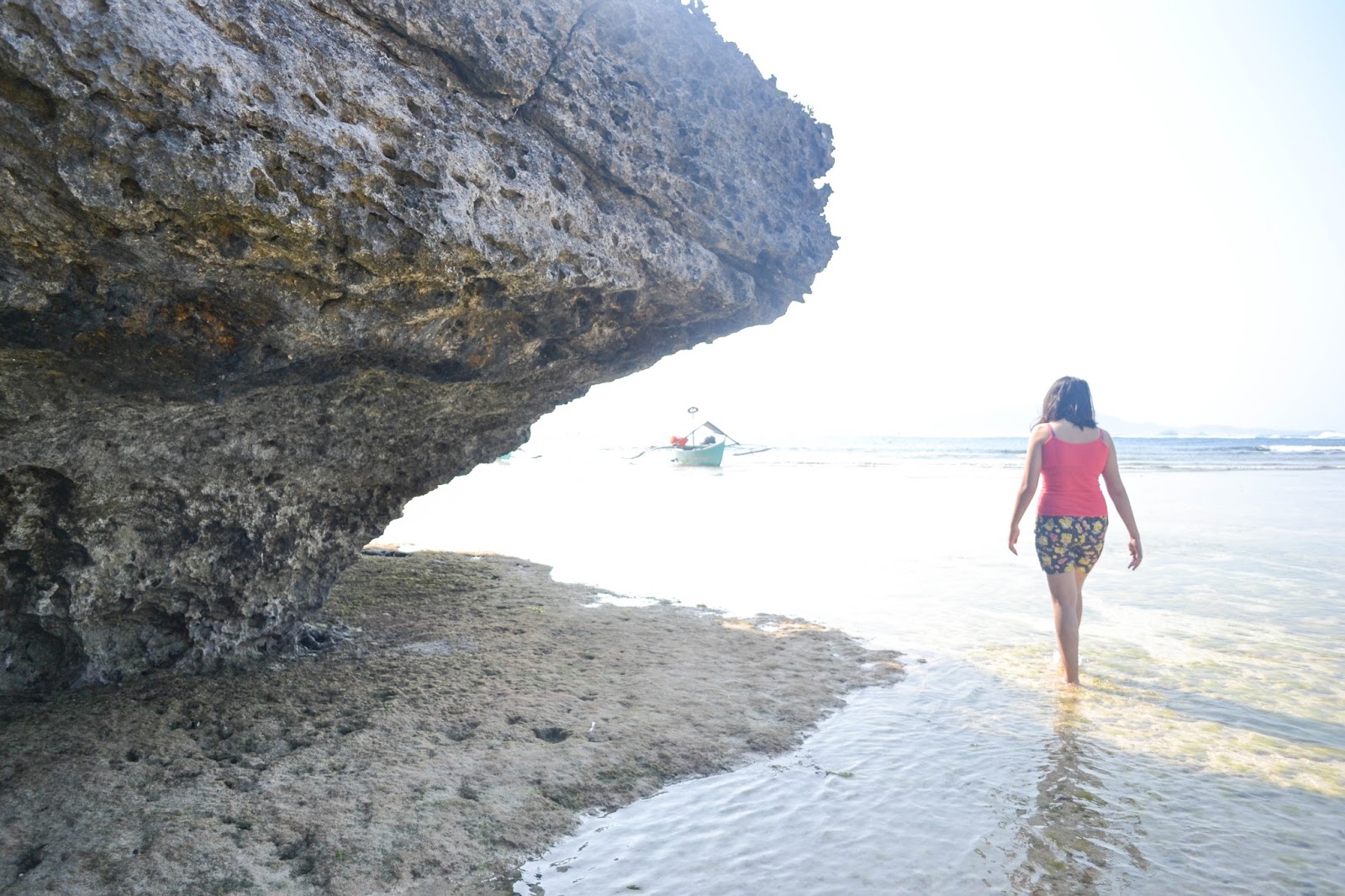 It’s nestled between two large rock formations, which you can easily walk to if you want to marvel at them closely.

When the tide is low, you can walk to the other sides of both rocks and discover what lies behind. We did look for what was hidden behind the left rock and found even more picturesque rock formations.
The beach’s sand is not powdery and is rather coarse, with bits of broken shells combined with it, which I think gives it more character. 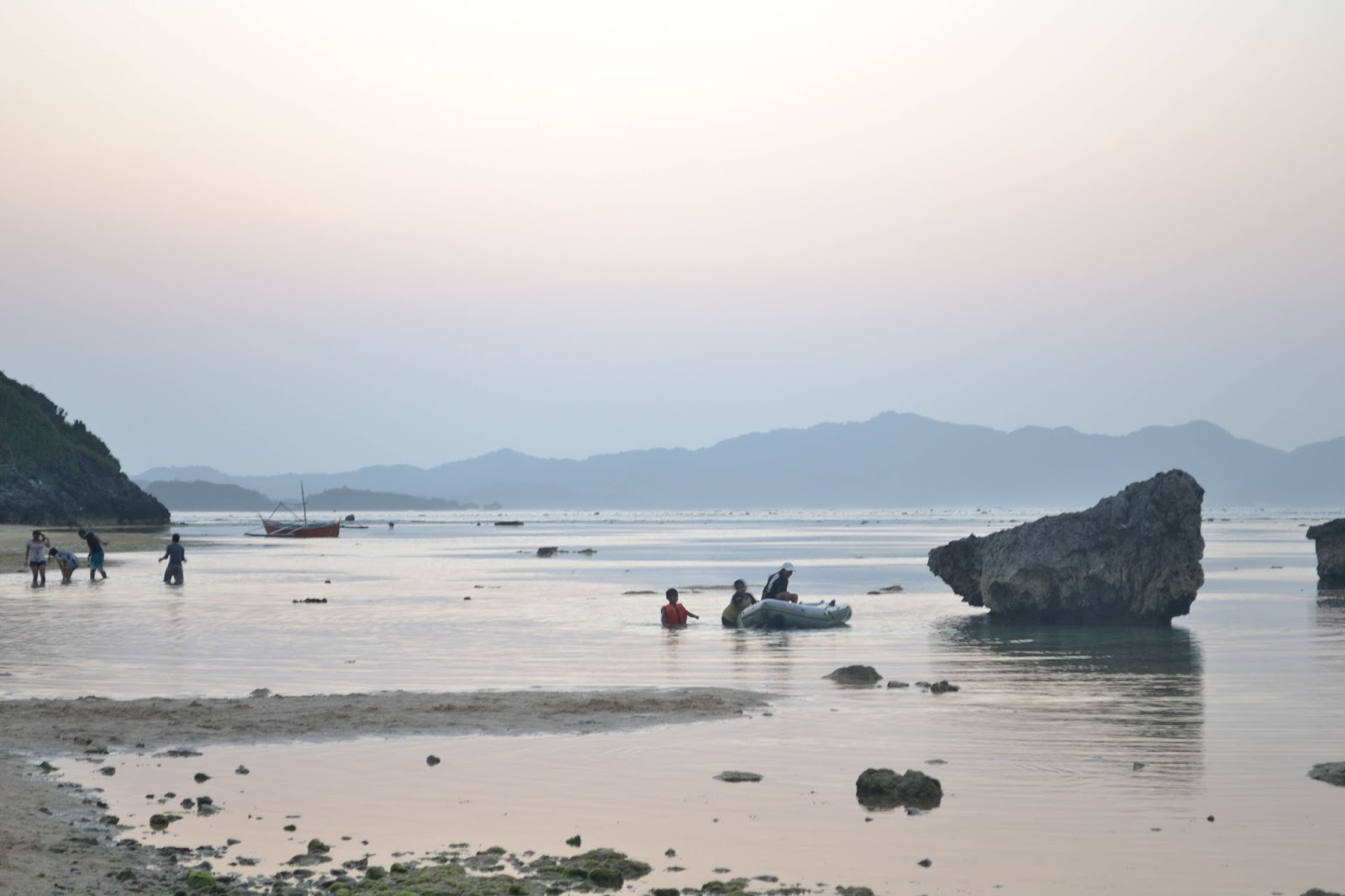 There are no bars by the beach, making it perfect for people who seek the peace given by nature. There are few restaurants so it’s advisable that you bring your own food. You can rent a cottage by the beach if you’re only staying for the day and ask the keeper if they have cooking tools for rent.
The prices of commodities sold in the nearby sari-sari store are horrible. Bringing enough water, food and other essentials is highly advised.

If you opt to stay for the night, choose among the lodges lined up by the beach. Some would charge separately for the lodging and the use of water, so asking and clarifying are important.

We stayed at Costales Lodge, which was referred by a stranger who we later found was an acquaintance of my husband’s uncle. The place offers air-conditioned rooms with two double beds and a private bathroom (which ranges from PHP2,000 – 2,500). They also have cottages with a bedroom (which is really just a bare room with some beddings) on top; and benches, a table, and a videoke machine on the bottom (which you can rent for PHP1,500 – 1,800).

You can go to Nangaramoan from Manila in two ways: by plane to Tuguegarao and a jeepney ride to Sta. Ana or a bus ride straight to Sta. Ana. From the town proper, you can ride a jeep or quadcycle to Nangaramoan. So if you’re looking for a summer getaway you must visit this place!

Quarantine Coping: Hobbies And Other Distractions