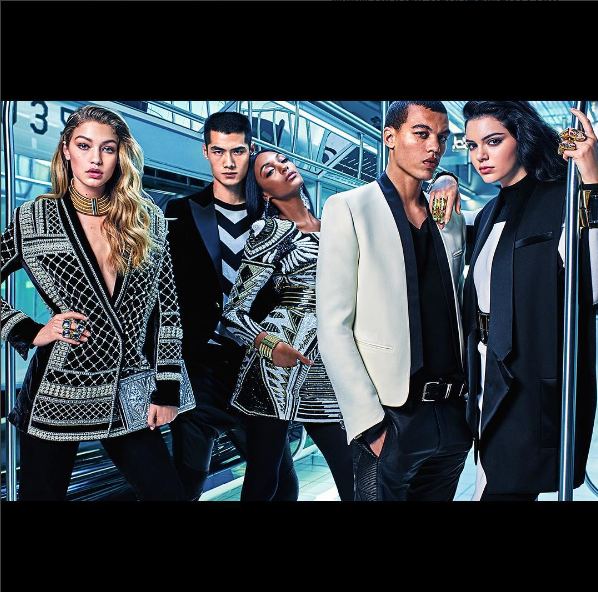 I’m still trying to get my groove back. While I try to figure out how to go about things, here’s a round-up of what happened in the fashion world this week.

Photos of the Balmain for H&M collection have been released. (See one above.) The collaboration was announced in May. Olivier Rousteing, the creative director of Balmain, arrived at the Billboard Music Awards with Jourdan Dunn and Kendall Jenner, who both wore pieces from the collection.

Mary-Kate and Ashley Olsen “[deny] each and every allegation” made by their former intern at Dualstar, Shahista Lalani. The Olsen twins were served a lawsuit claiming they made Lalani work 50-hour weeks and do degrading tasks. [Fashionista]

READ MORE:  How To: Dress Up for Different Occasions

Donatella Versace asks you to “point yourself confidently in the direction of your dreams.” [The Cut]

Find out how fashion impacts the lives of trans teens. [MTV]

So, Cara Delevingne and Kate Moss took racy photos of each other. (P.S. The two supermodels star in the latest Mango #SomethingInCommon campaign.) [Harper’s Bazaar]

Speaking of supermodels, Gisele Bundchen apparently has a coffee table book, and she’s selling it for $700. Uhm, girl, no. [The Telegraph]

What fashion news did you hear this week? Do share!