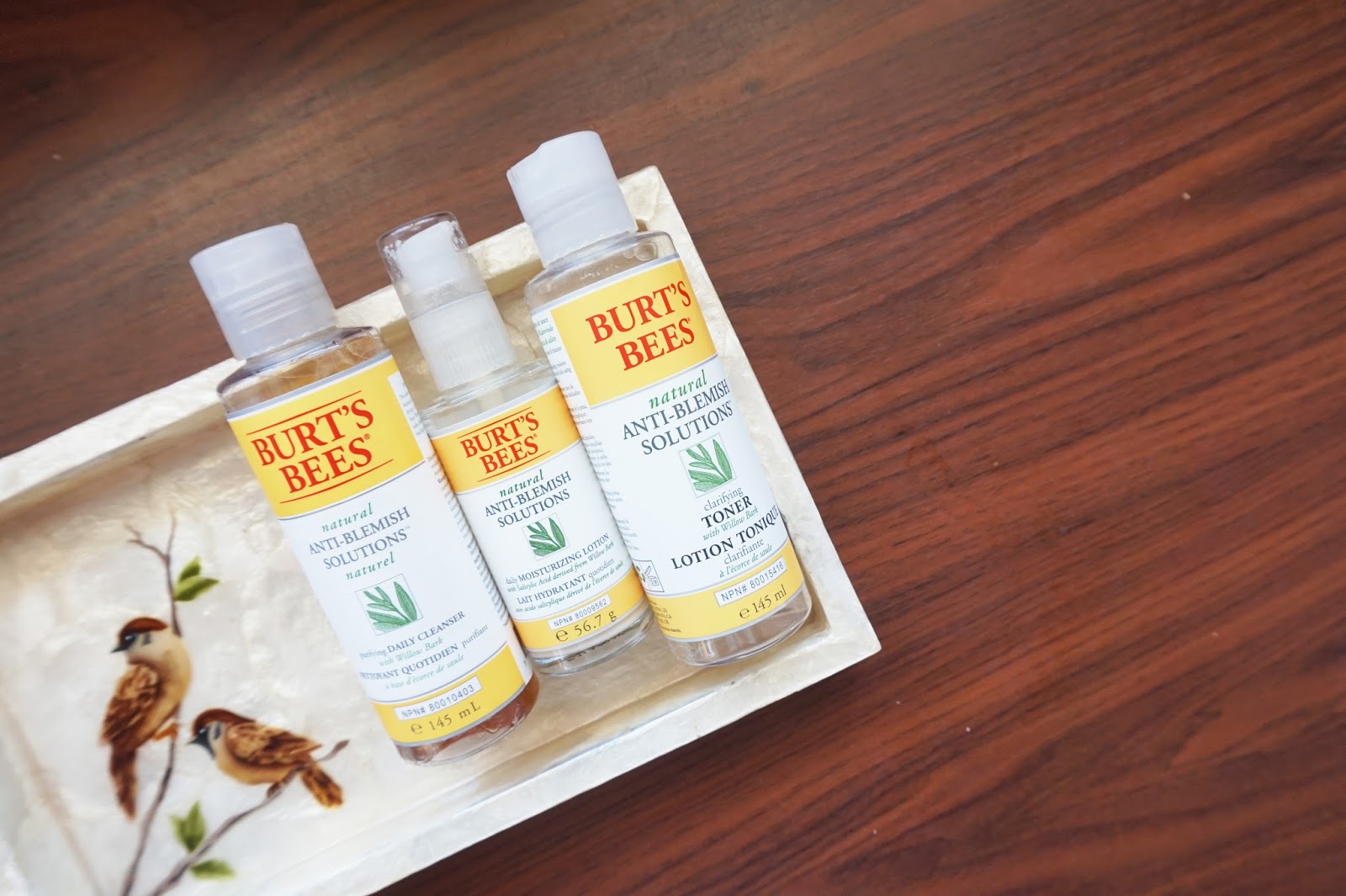 Bitching about bumps and redness didn’t use to be something I did on the daily. My face was at the bottom of my concern list for skin problems… until the onslaught of annoying acne started. (I sound so bitter about this. But it’s because I am!) So of course, I looked for solutions as soon as I could instead of whining on and on about it. (Although I still do the occasional, “Ugh, I hate my face” posts on Twitter.)

I’ve tried quite a few products. And I’d have to say that, so far, the Burt’s Bees Anti-Blemish Solutions line has worked the best for me.

The line also offers a scrub, but I didn’t bother picking it up anymore. Each product from this line contains 1% salicylic acid from willow bark extract. Salicylic acid, which albeit not a real BHA (beta hydroxy acid), is a good exfoliant. Salicylic acid is also anti-inflammatory, which means it’s great for reducing redness and swelling. It’s just what you need if you have acne-prone skin!

It’s made with 94% natural ingredients, and it does smell like it. If you’re sensitive to scents, there’s a rather big chance you won’t like how this line smells. I was put off a bit when I first used the products, but I don’t mind it anymore. They have a rather strong herby scent, which I don’t have anything to compare to. They smell like a plant! 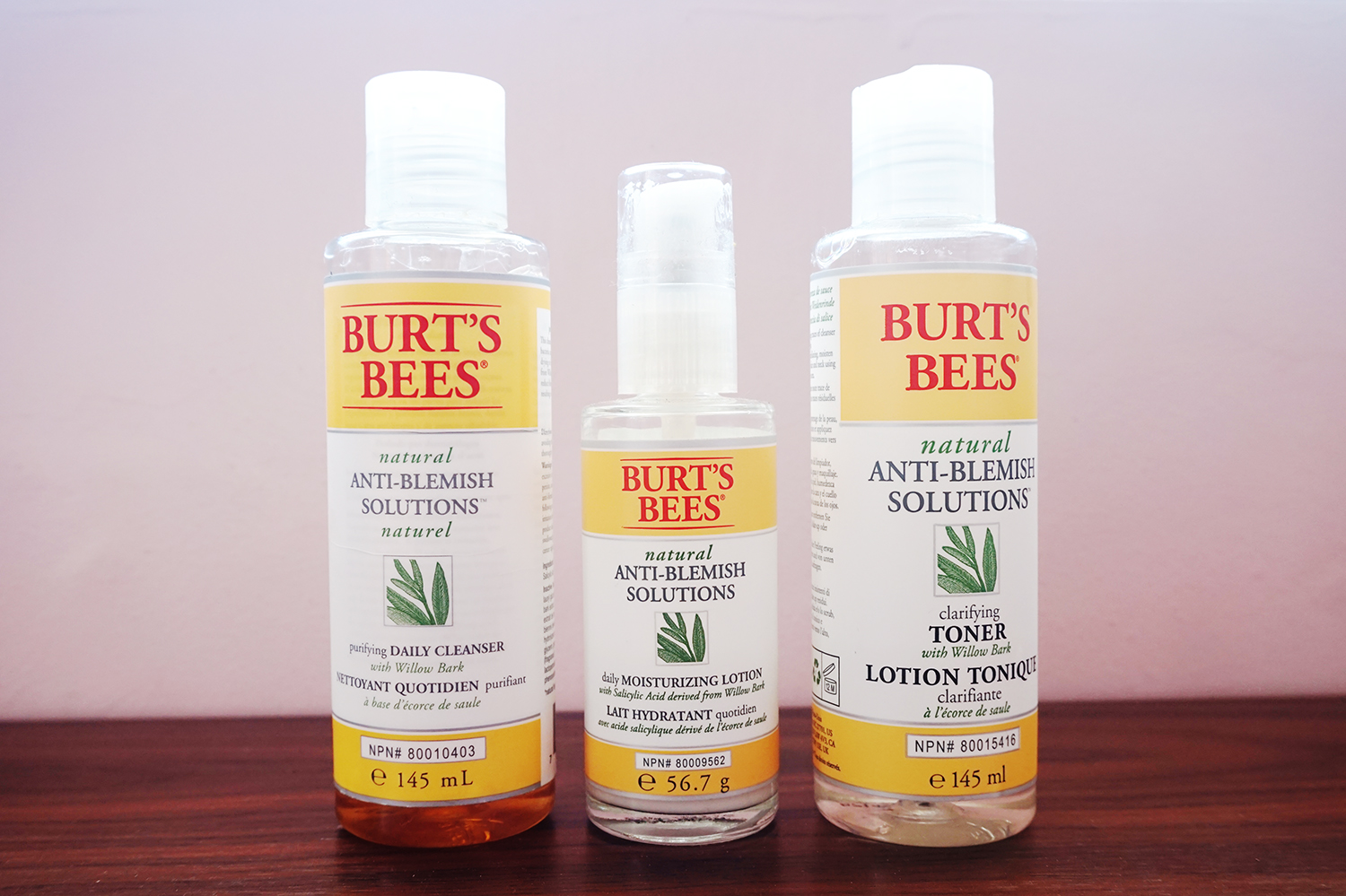 The cleanser is not as foamy as the ones I’ve used in the past, but it does lather up a bit. I don’t think  there’s anything you can say about toners, except for how they work. So. The moisturizer is quite heavy and takes awhile to absorb. I noticed, too, that my T-zone started getting oily when I used this line. My skin used to be as dry as the deserts in Dubai, but now I guess I have combination skin?

Now, I’ve been using this for a couple of months now, and my skin has improved a lot. It’s still far from how it used to be, but I’m quite happy. 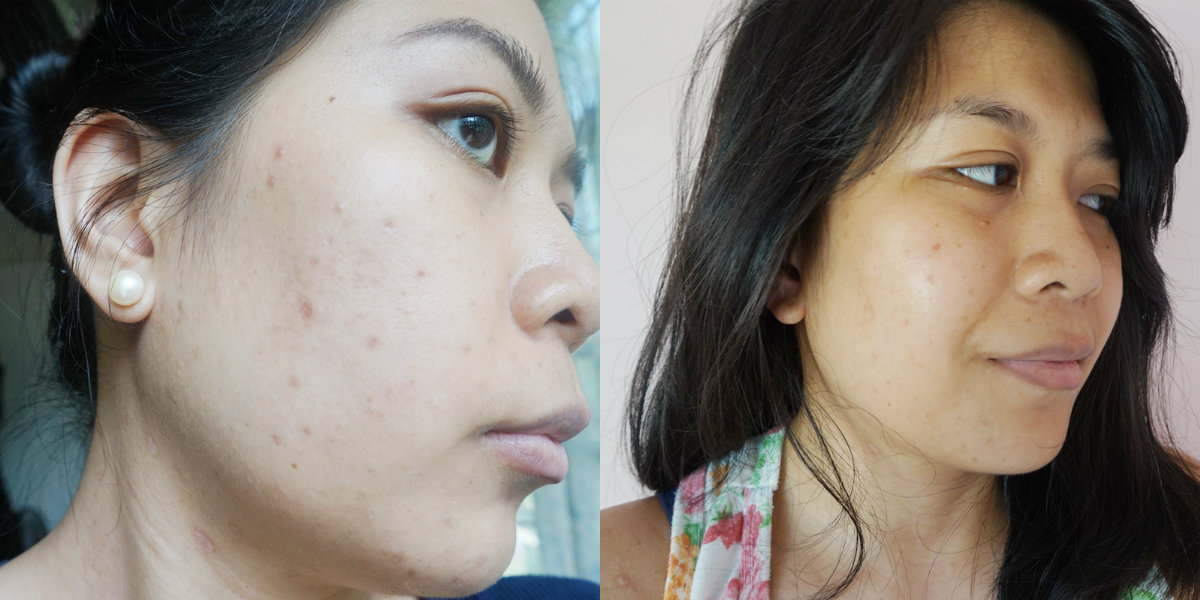 The one on the left was taken a couple of months ago. I had a few bumps, but they’ve all dried up! The reddish ones are from when I had a bout with chicken pox for the second time. My skin’s still far from perfect, but I’m no longer conscious about leaving the house without a base. I did notice that my face is a bit pinkish now. It also feels softer.

There was one day that I forgot to use sunscreen, and the sun punished me for it in the form of dark marks. So make sure to slather on sunscreen if you’re using products with BHA or AHA. And re-apply when necessary!

READ MORE:  I Made My Husband Try The Curly Girl Method

I’m halfway through my stash, and I’m definitely considering buying again. Although I did receive a couple of products by Physiogel. So I might try that one first before returning to this. Or maybe after I’ve tried Korean brands. I understand that the new products I’m excited to try might not work as well as this one. Some might even bring me back to my dire state before I used this line. Well, at least I know I’ll have this to fall back to if things go haywire again.

Have you tried the Burt’s Bees Anti-Blemish Solutions line before? Did it work well for you, too?