The Cafe de Lipa Experience, According To A New Kid In Town

When our family moved to Lipa two months ago (an almost on-the-fly decision), we did so for a number of reasons. By that time, we had been living in Batangas for a year, in my Jorj’s hometown of Balayan, to be specific, and had grown fond of life in this province. But at the same time, we were sorely missing the conveniences and provisions of city living, both of us having lived in Metro Manila for many years prior. In our few visits to Lipa during our year in Balayan, we saw how the city seemed to offer many of the good things we liked about rural life and urban living. Factor in the fact that Lipa is much closer than Balayan is to Manila, to which we travel often for my wife’s work, it was a no-brainer to relocate here.

Among the top reasons we moved to this city was its bustling food scene. Lipa is teeming with places to satisfy one’s gastronomic cravings at, including restaurants, fast food chains, and cafes one can also find in Manila, as well as exciting stalls offering various fares in the city’s food parks. And then there are the homegrown diners and coffee shops, which are just so hard to resist trying and going back to again and again. Aside from the lomihan, an iteration of which you can see every few hundred meters, one food establishment that’s truly identifiable with the city, if only because it carries its name, is the eponymous Cafe de Lipa. It’s one the places we’d been meaning to try out, and we finally got to do that recently. 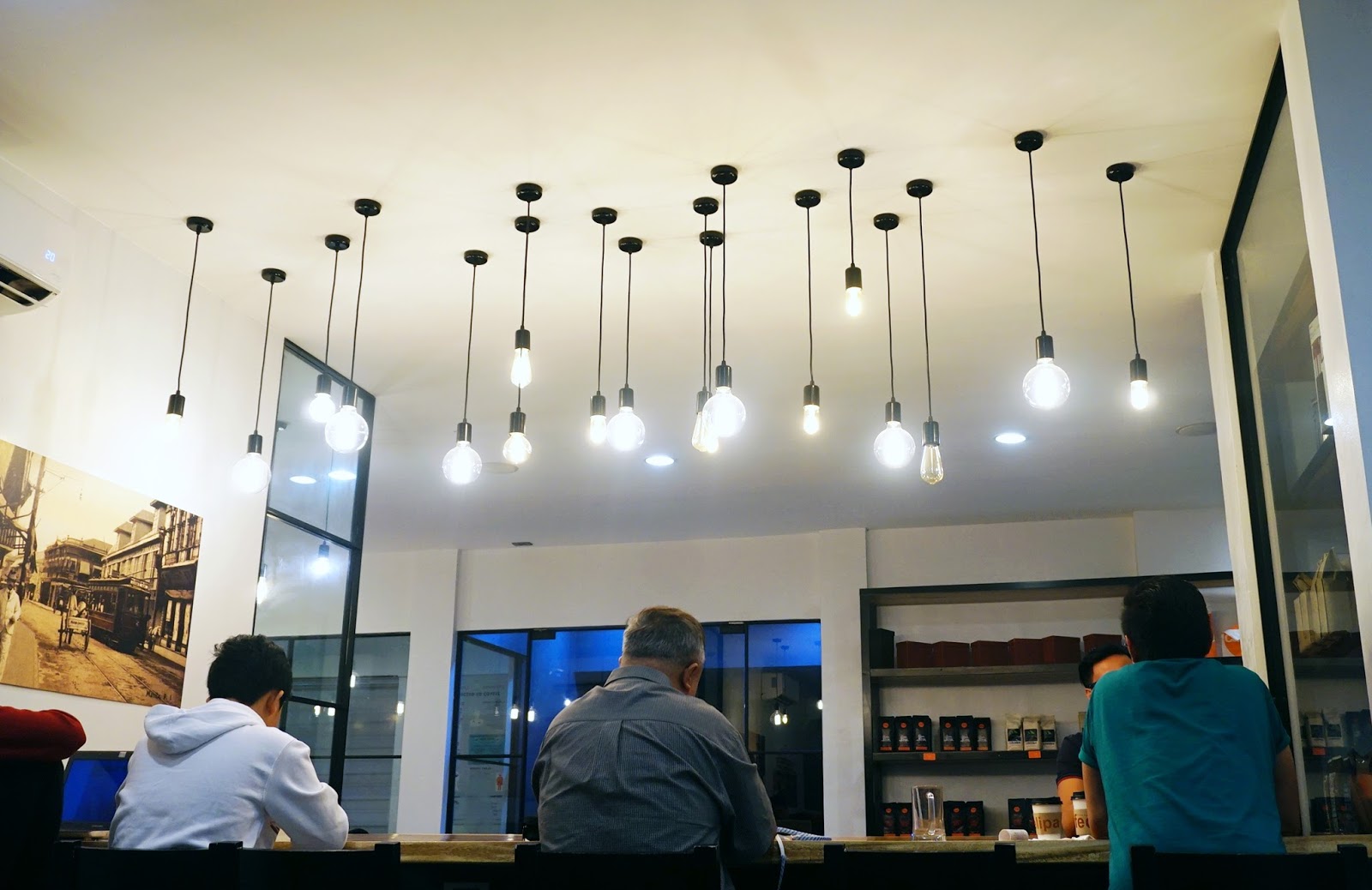 Cafe de Lipa has three branches here, and a fourth one is located at Market! Market! in Taguig. The store we visited isn’t easy to chance upon. It is hidden away from heavier traffic, as compared to the two Starbucks branches and the Coffee Bean & Tea Leaf store here, which are right along the highway. On days you want to go out for a cup of coffee or just idle the time away at a cafe and aren’t particular about where to wind up at, chances are you might not end up at this Cafe de Lipa branch because of the location. But the fact that it’s relatively far out does nothing to discourage people from patronizing it. We always pass by the area, it being located along the street that leads to where we live, and there has never seemed to be a time that not a single soul was there.

Our visit to Cafe de Lipa fell on a rainy Sunday night, and even then, the place had a considerable number of guests lounging. A few cars were parked outside, and there were other people going in when we arrived.

Given what I’ve written so far here, what follows might be a little surprising to read: Cafe de Lipa, at least this branch, didn’t give us a good first impression. Yes, sadly, it didn’t. As soon as we opened the door, cigarette smoke filled our nostrils. We had our daughter with us, so the situation was worse for us than if it had been just me and Jorj checking the place out. It turned out that the cafe has an entire room reserved for smokers. It lies adjacent to the front door. Although the room is separated from the rest of the cafe by two doors, the smoke somehow manages to permeate into the non-smoking parts of the cafe. Still, we thought the rest of the experience might reverse the bad impression, so we decided to stay.

While my wife placed our orders at the counter, I and our daughter looked for a table where the smoke was least bothersome. But it emerged that the smoke wasn’t the only thing that could pose a challenge. For an establishment that has such a huge space, this Cafe de Lipa branch felt cramped, caused by the way the tables are positioned. Almost any given table is too close to the next for the occupants’ comfort. That might not be a problem for people who don’t mind being seated so close to other patrons that they could smell their breath (hyperbolic, but you get the idea), but we put a premium on personal space.

READ MORE:  Postcards from the North

As for the drinks, Jorj and I had kapeng barako (mine was darker) while our daughter had a chocolate truffle. Although we spend time at coffee shops every once in a while, mostly for work, we’re no coffee connoisseurs, so we really don’t have the credibility to authoritatively judge the quality of the drinks we ordered. All I can say is that my novice palate, which is so used to instant coffee, enjoyed the drink. Which is a major point for the cafe, given that coffee, after all, is its main commodity.

So, my final thoughts on the place: Despite our own experience, Cafe de Lipa never runs out of guests, and this could only mean one thing: It offers something of value to its patrons. I mean, never mind that the staff members aren’t the warmest. Whatever discomfort we felt during our visit, then, may have simply been caused by an incompatibility between the cafe’s overall vibe and my and my wife’s personalities. And so for that, we recommend that people give the coffee shop a try. Who knows, it could be their cup of tea.

READ MORE:  The Pantone Colors of 2021 Would Look Great In Your House