Learning How to Defy Aging at the Nu Skin Expo

In this article
1 Keeping the skin youthful
2 In which I learn that the body ages fast, too 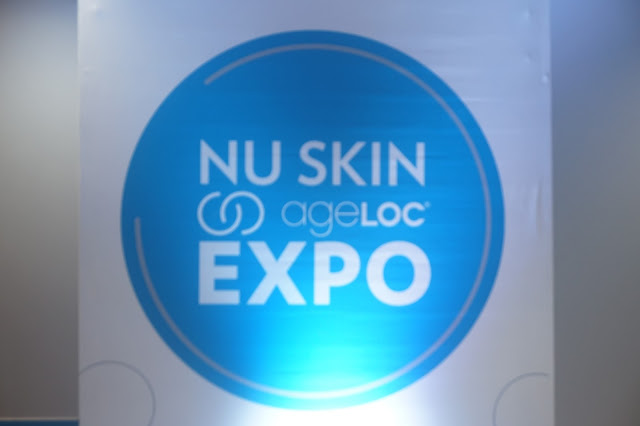 I’ve never really been the type to pore over my age or the physical signs of my slow escape from youth. I feel like I should have started slathering on some creams and serums when I was younger, though, because even when I’m only 26, a quick look at a mirror shows I look older than my age.

I don’t think I’ll ever be as conscious about my appearance as some people are, but I do want to age gracefully.

I’ve been toying with the idea of adopting an anti-aging skincare routine for months now, but never really got around to making one until I was invited to the Nu Skin Expo.

Before scratching your head out of puzzlement at the event I mentioned, let me fill you in.

Nu Skin is a company that provides business opportunities through product selling, and as the name of the company suggests, the products they offer are for the skin. The companys’ tagline is “The Difference Demonstrated,” and that’s exactly what I and other bloggers, as well as Nu Skin distributors and their guests, took part in during the expo.

The event, held at Nu Skin’s headquarters in the Philippines, had different booths where guests could try two new ranges from the skincare line – the ageLOC Galvanic Spa and the ageLOC Transformation set – get their skin analyzed, learn the status of their body’s overall wellness, and more.

The first thing we tried was the Galvanic Spa, a facial procedure that promises to intensify the already great positive effects of Nu Skin products on the skin. 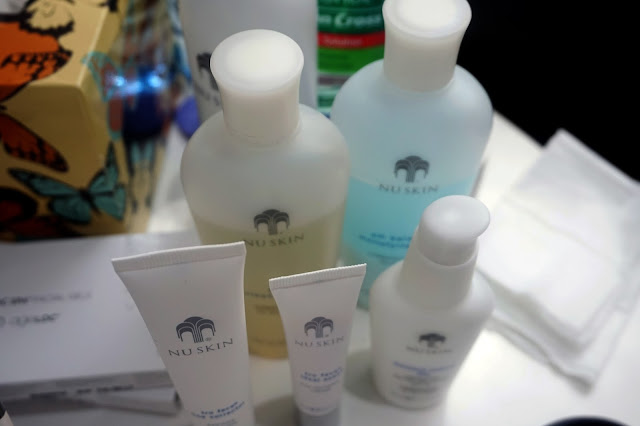 The procedure started with a cleanser, which took off all of the makeup I put on effectively. It was followed by a variety of gels and serums applied to the face using a little “gadget,” aka the Galvanic Spa. Its appearance is akin to a tiny iron, which reminded me of Benefit’s Puff Off. The Galvanic Spa works differently, though, because the currents it emits self-adjusts and, as the attendant who did the facial on me said, it won’t work without a connection to the skin. 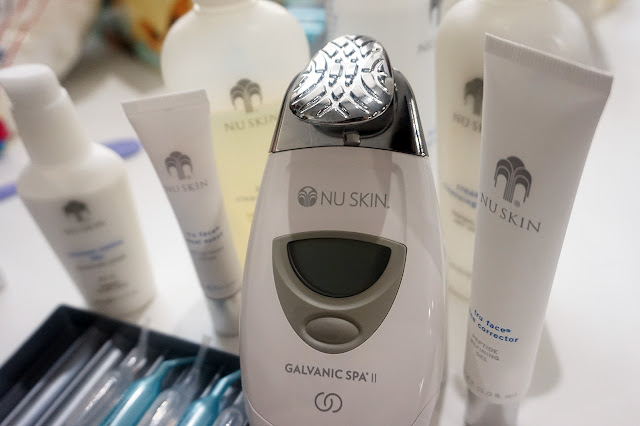 After the procedure, my face felt fresh and clean and moisturized. I was told that the optimal effect of the procedure would be seen a couple of days after, and it’s true! My skin, which is usually very dry, feels more supple and hydrated. 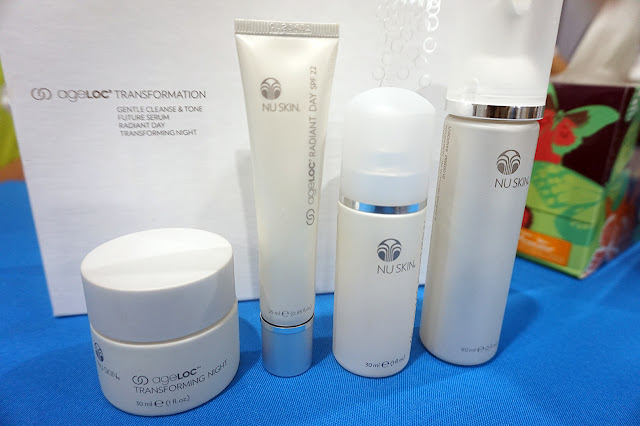 The next thing we tried was the ageLOC Transformation Set. It’s a line of anti-aging products that should be used twice a day. The attendant who demonstrated the product on my hand told me that the results would be noticeable right after the application of the products, but I was hesitant to take his word for it because claims like that never prove to be true. I was mistaken, though. There really was a noticeable difference after the procedure. After the event, I even asked my husband to check if it wasn’t just a placebo effect and he agreed that it did, in fact, make a difference.

READ MORE:  You Have to Try One of These 2021 Hair Trends

In which I learn that the body ages fast, too

After that, I had a quick chat with a dermatologist at the event about skin, aging, and how Nu Skin products’ technology differs from that of other brands.

Apart from the skincare line, we were also introduced to the company’s supplement range. We got a taste of their TrimShake, a product that promotes the production of muscles (aka protein) and curbs your appetite. 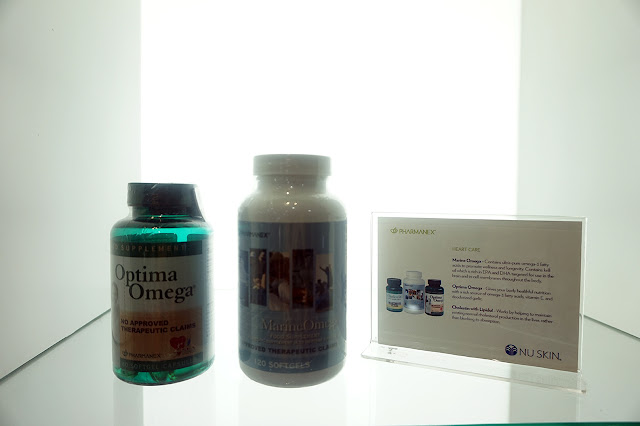 After that, we tried a couple of tests that gauged how healthy or unhealthy we are. The first one was focused on weight, fat, and body mass. The result of the test confirmed what I had already known for a while but did not want to pay attention to: I am overweight. I’ll save my thoughts on that for another post, but that’s that. At least, the fat around my organs are not life-threatening, though. 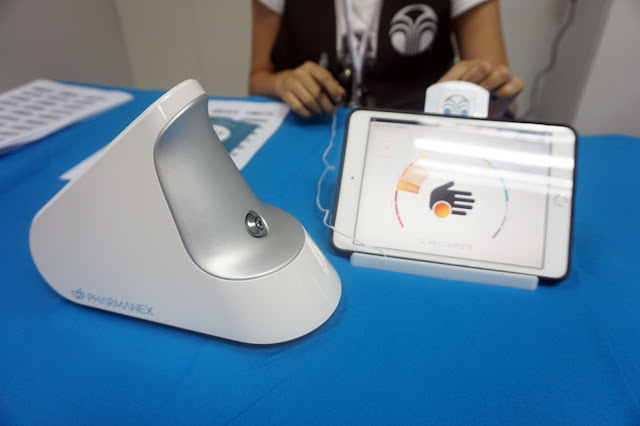 The other test, called the Biophotonic Scanner, evaluated the levels of antioxidants in the body. As expected, my results were low.

READ MORE:  Wet N Wild Megalast Lipstick In Bare It All Is Everything

After learning about the results, we were asked to consult one of the wellness representatives and the one I chanced upon was a doctor. I was told that while the weight I needed to lose appeared to be daunting, it’s actually easy to shed. I was also told that my low score in the antioxidant test does not mean that I would die soon, which, to be honest, was what I thought of. I also learned that my body’s age is 33, which made me sad at first because it’s one thing to look older than your age but it’s a totally different thing to learn that your body is aging faster than you would like. 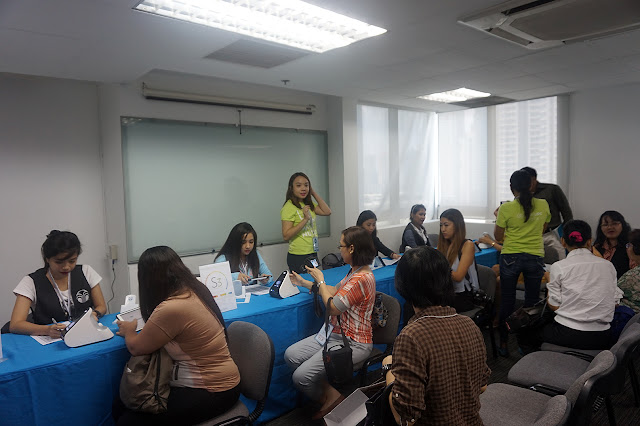 I rarely go out of the house but I’m glad I woke up early for the Nu Skin Expo. I left the event not only armed with experience but also the knowledge of how to live a healthier, more conscious lifestyle.

**This post was sponsored by NuSkin. I was invited to attend the expo and learn about their new offerings. All opinions expressed in this post are honest and truthful.