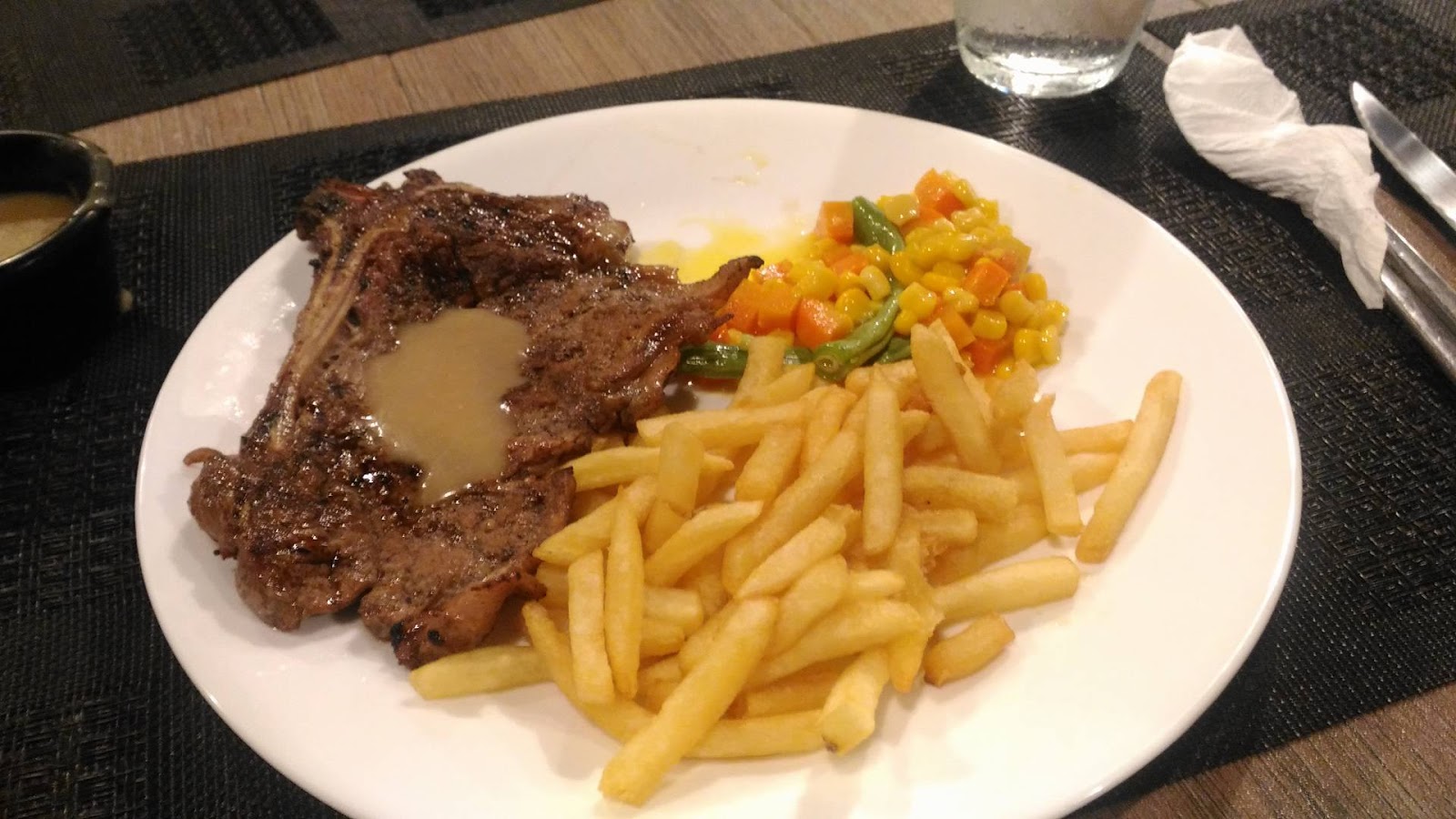 I had my first taste of Indian cuisine when I tagged along with a bunch of Indian guys for breakfast on the day after I arrived in the United Arab Emirates some eight years ago. Because I was so clueless about the place, I asked if I could join them. Although first-timers like me, they seemed to be more confident for some reason.

After walking for a few minutes and making a few turns, we entered a small restaurant not too far from the villa where we were temporarily housed. The place served Indian, Pakistani and Arab food, and I, naturally, placed my order based on what one of my companions got: a dish made of beans and peas and a piece of what looked a thin pizza crust. The name of the vegetable dish escapes me now, but the bread-like item was, of course, the Indian staple, paratha. The whole meal was all too simple, but the flavors that lingered in my mouth long after I was done eating introduced me to a new reality in my life: Indian food is my thing.

It didn’t take long before I tried out Arab food. I was living in an Arab country after all. And as I had thought every time I passed by a restaurant that served Middle Eastern food and caught a whiff of what was cooking, Arab cuisine, like Indian food, is heavenly. It’s the spices characterizing these two food traditions that do it for me. Those flavors have that kind of richness that I live for (no exaggerations).

I stayed in the UAE for no more than six months, but my fondness for Indian and Arab food has not let up. This is why I find myself in a restaurant that serves either or both with some frequency. And this is why when we found this restaurant called Fourth Steaks and Kebabs by chance a few weeks after moving to Lipa, the city felt a little homier. 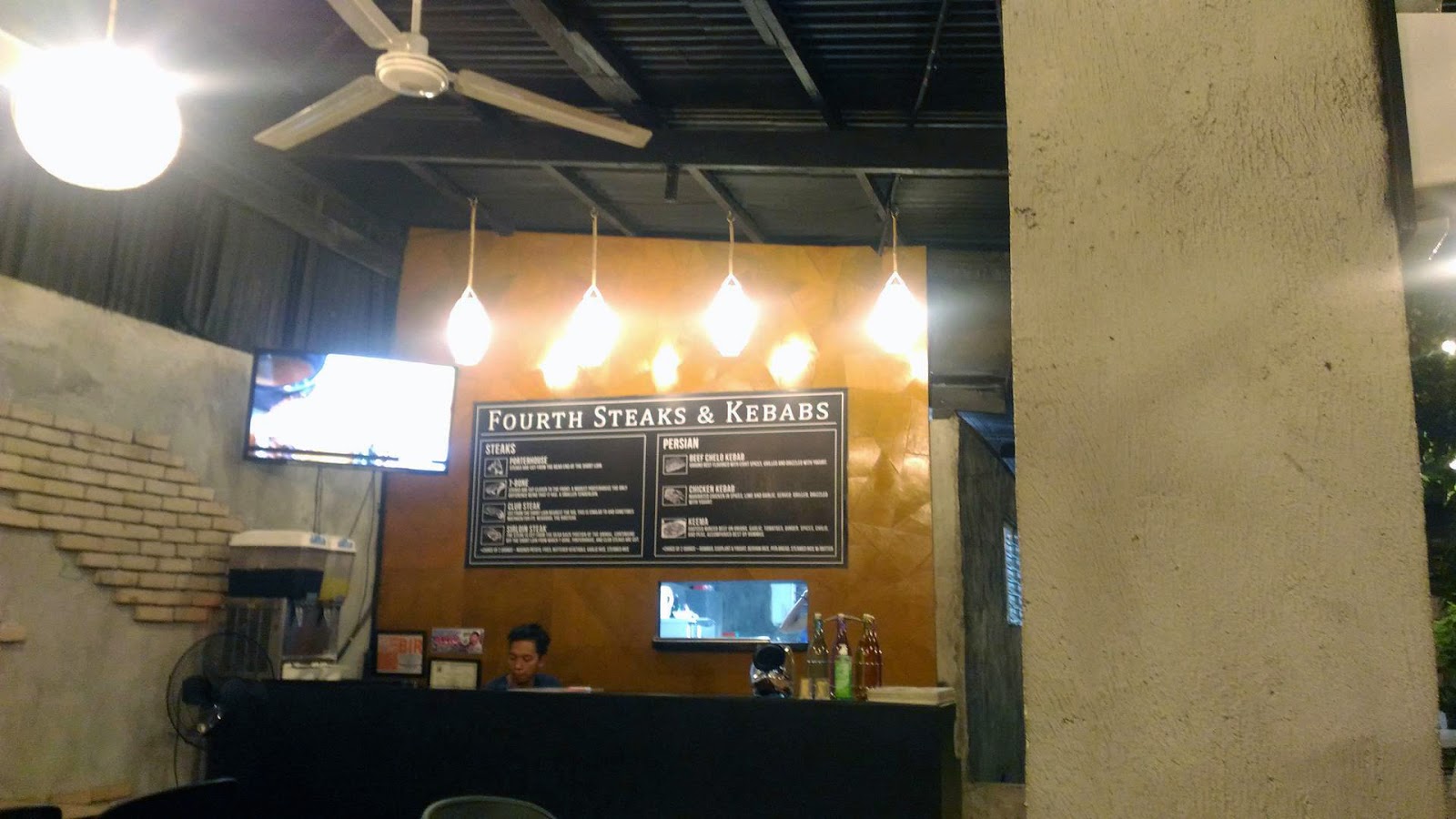 Not all adoptive cities are home to a restaurant that serves someone’s favorite food, right? Yet Fourth Steaks and Kebabs not only cooks and serves Indian-Arab food (and steaks), it excels at it, so much so that it made me do something I don’t normally do: write a review about it on its Facebook page. Below is what I had to say: 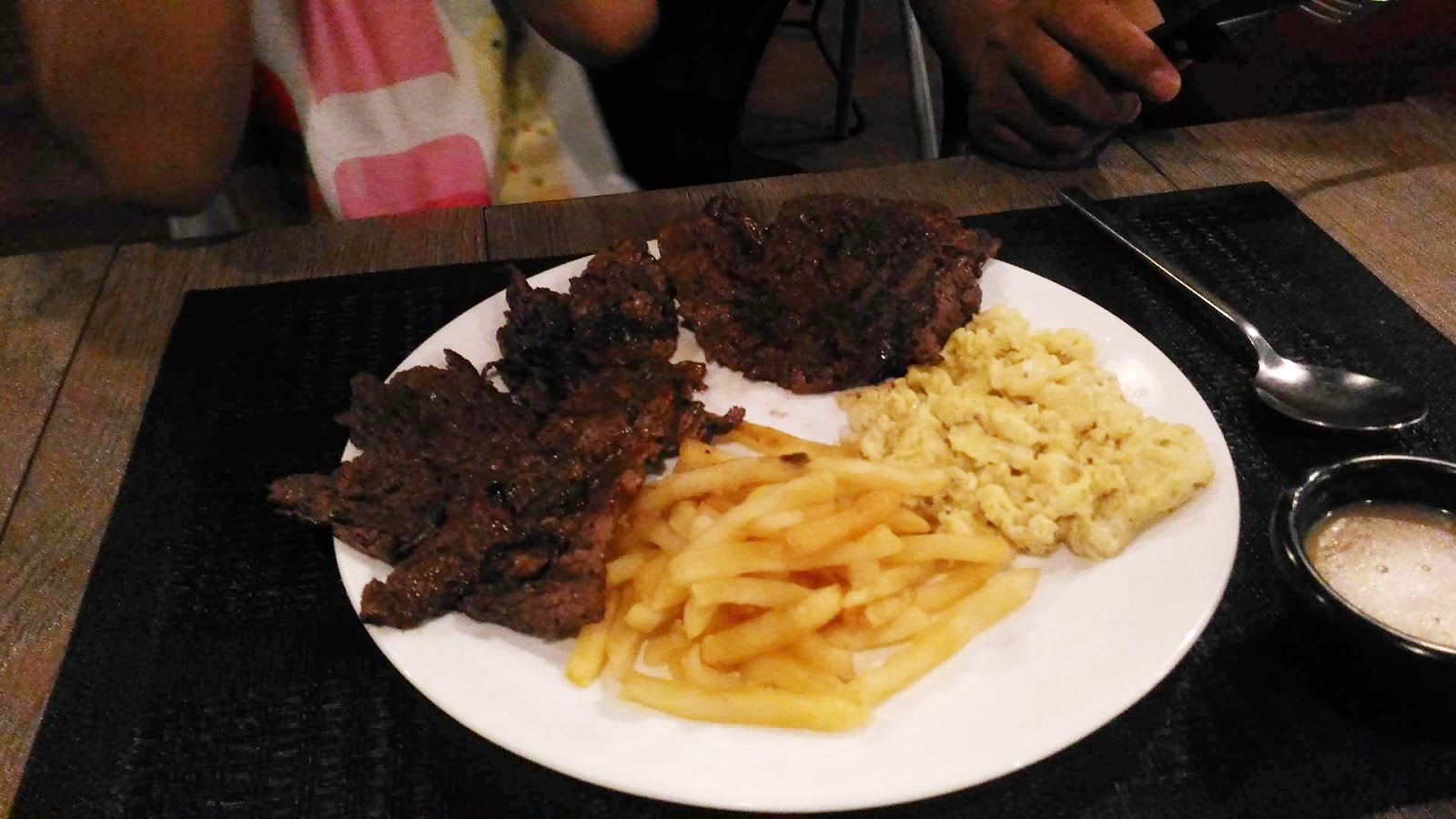 “We had chelo and beef kebabs and sirloin steak. The meat portions of the dishes were much better than we had expected (our reservation/presumption was due to our dissatisfaction with some Persian, Arab and Indian restaurants we’ve tried before). The kebabs here were sumptuous and didn’t feel dry in the mouth, and the steak offered a good balance between the meat’s natural taste and the dish’s flavor. The staff was genuinely nice and attentive. The ambience was relaxing, with the garden lending it a refreshing feel. A John Legend playlist was on when we were eating, which augmented the experience. I’m giving the place 4 stars and that’s only because the biryani rice sadly didn’t taste the way biryani rice should (I lived in the Middle East for a time). I was looking for more spice and flavor. I really hope it gets improved. All things considered, we were really happy to have wound up in the place by accident. Will definitely eat there again.” 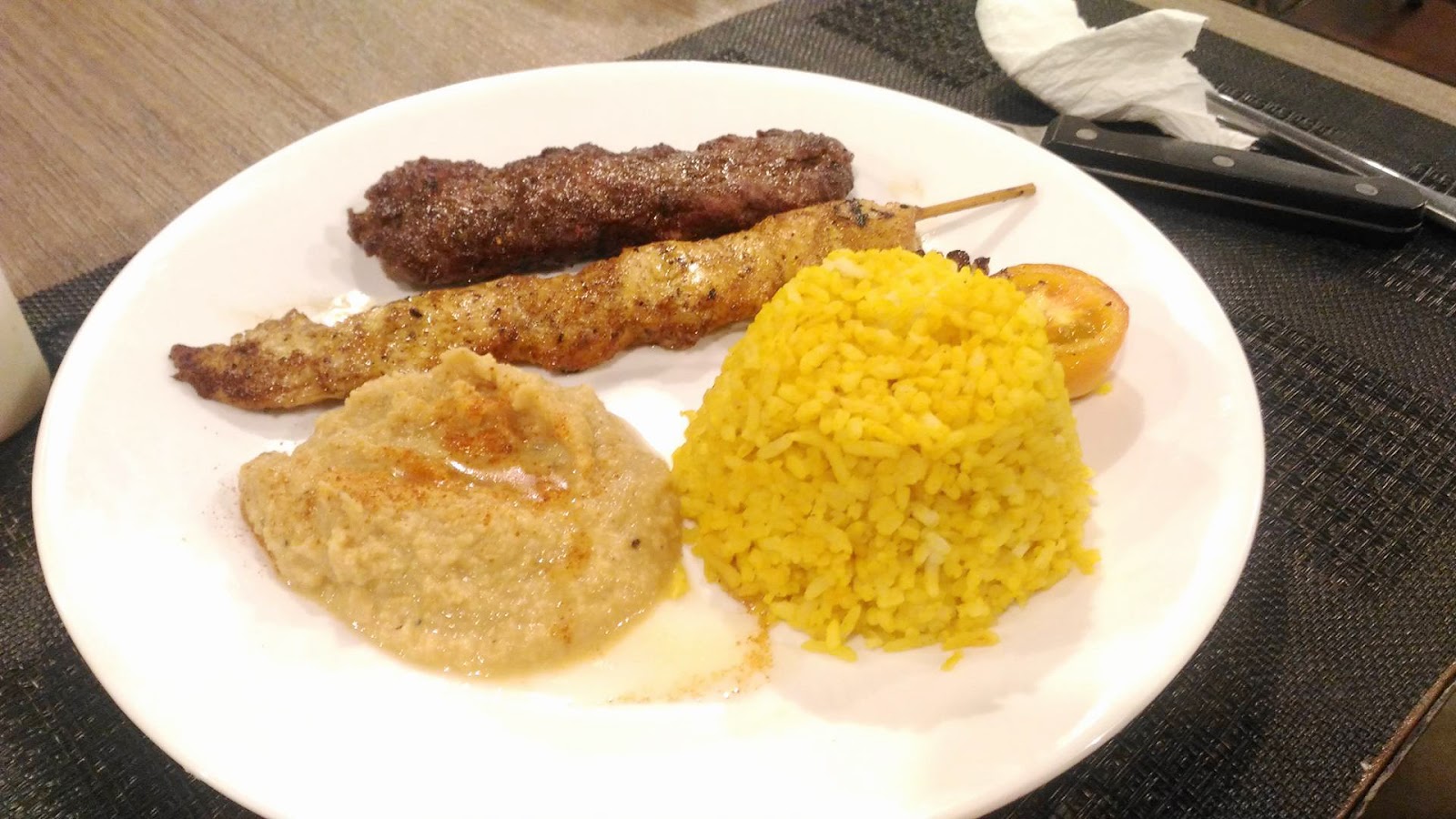 As promised, we’ve gone back a number of times since the first visit. And one really good, commendable thing we found is that the people at Fourth Steaks and Kebabs seem to listen to feedback if the much-improved taste of the biryani rice is any indication. In our return visits, the rice was now far more flavorful and spicier (not hotter) than the first time. It couldn’t be any truer to the culinary tradition it pays tribute to. It might sound like I’m patronizing, but the cooking is really splendid. It makes me happy. It’s that good.

So if you’re ever in Lipa and want a good time, go and dine at Fourth Steaks and Kebabs. They’re not paying me to say these good things about them, but I’m sure you’d pay me if you could for making such a good recommendation.