What To Do When You Can’t Write 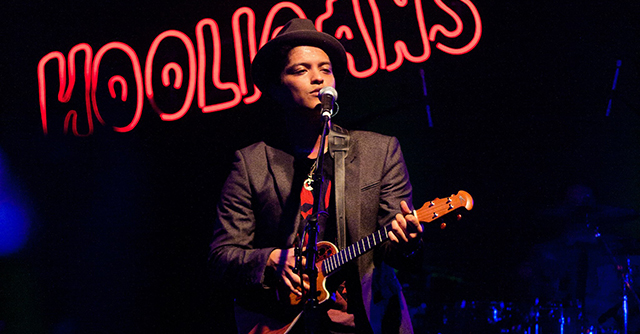 Before we get down to it, first, a confession: When I first heard Bruno Mars, I didn’t hold him in high esteem. In fact, I thought he was just one of those celebrity singers who sang soullessly about their hedonistic exploits and “Twilight”-ish romance over canned beats. This was around 2010, when he released his debut album “Doo-Wops & Hooligans,” which features the songs “Grenade,” “Just the Way You Are,” “The Lazy Song” and “Marry You,” among others. It was also the release year of “Billionaire,” the debut single of Travie McCoy that features Mars so prominently it wouldn’t have been ridiculous if you thought it was his song.

I do admit now, though, that my feelings and thoughts about Mars then didn’t arise entirely from an objective appraisal of his music. My opinion of him was partly informed, or ill-informed, by my prejudice as some sort of a music purist in those times. So, putting things in better perspective, i.e. with a more open mind, I might still say that Mars’ debut album had a measure of blandness on it, but I wasn’t being completely fair in my assessment either.

With that out of the way, let me now say: Bruno Mars is an artist with remarkable abilities. Over the past few years, he has impressively exhibited a knack for playing several instruments with aplomb: guitar, drums, piano. He dances with the jaw-dropping skills of James Brown, showing flexibility and gracefulness with which he could have built a career if he hadn’t chosen to become a singer-songwriter and musician. And of course, there are his vocals, which he likes to put to the test with upper belts that would probably make lesser singers nauseated. His voice, which can switch between mellifluous and forceful at will, is so stellar they’re effectively out of this world.

But stunning as these talents are, his ability to write songs — very good ones at that — is truly a special feature of his artistry, especially if you are to consider that not a lot of artists of today write their own material. His earlier work as a songwriter — as half of the songwriting duo The Smeezingtons, which he co-founded with Ari Levine — produced such radio-friendly and tweeny hymns like “Nothin’ on You,” “Marry You” and “It Will Rain.” These tracks may have put cultural arbiters on the fence regarding Mars’ strength as a songwriter, but the music he has released since, specifically on his sophomore album, “Unorthodox Jukebox” (2012), and his latest, “24K Magic” (2016), has cemented his place as one of the most gifted and bankable songsmiths working in mainstream music today.

In appreciation of his music, I’ve picked what I feel are the top 5 Bruno Mars songs. In no particular order, here they are:

As suggested above, “Doo-Wops & Hooligans” is the least mature of Mars’ releases in that it lacks the sophistication and layers of his two succeeding records. (“Grenade” and “Count on Me” are thoroughly bubblegum-pop ditties that are so hard to relate to when you’re past puberty.) Be that as it may, Mars showed he was capable of worldliness even then with “Runaway Baby.” A guitar-driven track, the song eschews the polished feel of the rest of the album (with the exception of the reggae cut “Liquor Store Blues,” which features Damian Marley) and, with a funky groove and more organic sound, hints at the musical evolution he would soon undergo.


Although some of his earlier songs manifested an affinity for hallowed genres like funk, reggae and R&B, it was when Mars released “Unorthodox Jukebox” in 2012 that it became clear that he has some partiality for time-honored styles and sounds. “Treasure” harks back to late ‘70s disco and funk, complete with echoed hooks (“You’re so fine, so fine [Fine, so fine]”), infectious brass lines and a playful guitar rhythm. While it could be argued that the elements of nostalgia and novelty helped propel the track to the heights it reached (the top of many charts, multi-platinum certifications), it’s undeniable that “Treasure” is a masterfully crafted song musically and also has lyrics that resonate with anyone who’s ever loved someone. Additionally, his band, the Hooligans, seems at home playing the kind of music that the song is, seeing as they shine playing it live.

“Locked Out of Heaven”


Mars channels Sting and The Police in “Locked Out of Heaven,” which, like “Treasure,” appears on “Unorthodox Jukebox.” The song has the raw and naked energy of the band’s 1978 single “Roxanne,” and even resembles its melodic runs in some parts. If ever Mars’ intent with this song was to pay homage to the band and Sting, that act became reciprocated when the venerated musician joined him onstage at the 2013 Grammy Awards in his performance of the song.


Mars’ latest album, “24K Magic,” embodies his creative peak, showcasing his endlessly splendid vocals and an even more imaginative and fertile songwriting. The album is so replete with thrilling components and striking textures that it can make an entire array of first impressions. And for anyone who’s listened to the album, two of those surely are: the record is through and through a compelling throwback to ‘80s and ‘90s R&B, hip hop and pop; and it shows how much Mars likes sex. “That’s What I Like” makes both these impressions. The line “Sex by the fire at night,” sung over musical themes that are evocative of one’s carefree existence in the ‘90s, is as explicit as it gets and can catch you off guard even if you’ve heard Mars profess “Your sex takes me to paradise” in “Locked Out of Heaven” before.

“Versace on the Floor”


“Versace on the Floor,” a standout slow jam on “24K Magic” (or in the entire history of slow jams, really), features vividly sensual lyrics and saccharine melodies sung with soul and sincerity by highly competent vocals over wet and mesmerizing synths. With a recipe like that, you risk having an overplayed track. But, inasmuch as I usually dislike wildly popular hits because one can only listen to a song so many times in a day without feeling like puking, if I hear “Versace on the Floor” three more times today (I’ve already heard it twice since this morning, for the sake of this article, partly), I won’t feel any desire to smash whatever device is playing it. There’s something about the way Mars does things that makes them feel and sound so good.