The Road To Clarity

In this article
1 Using a low pH cleanser
2 Cleansing with a gadget
3 Keeping my routine simple
3.1 What’s your current skincare routine like? Are you trying something new?

It’s no secret that having perfect skin is a goal for many people. And it’s also no secret that I’m one of those people. Ever since I got adult acne, it’s been one of my goals to get rid of it. I’ve been good at keeping the situation under control, but it’s not exactly where I want it to be yet. So here we are on the road to clarity. And here are the things I’ve been doing and using.

I won’t pretend to know a lot about pH and how it affects the skin, but I read a lot of reviews saying low pH or neutral cleansers are generally better for the skin cos they don’t strip off moisture as other cleansers would. I’ve been alternating a couple of Human Nature cleansers that I got as PR samples — the Hydrating and Nourishing variants — because they have low pH. The last time I used them, I broke out. But now that I’ve been using them for a few weeks, I have not had the same problem (thank the universe).

READ MORE:  Will the Fenty Perfume Really Make You Smell Like Rihanna?

Cleansing with a gadget 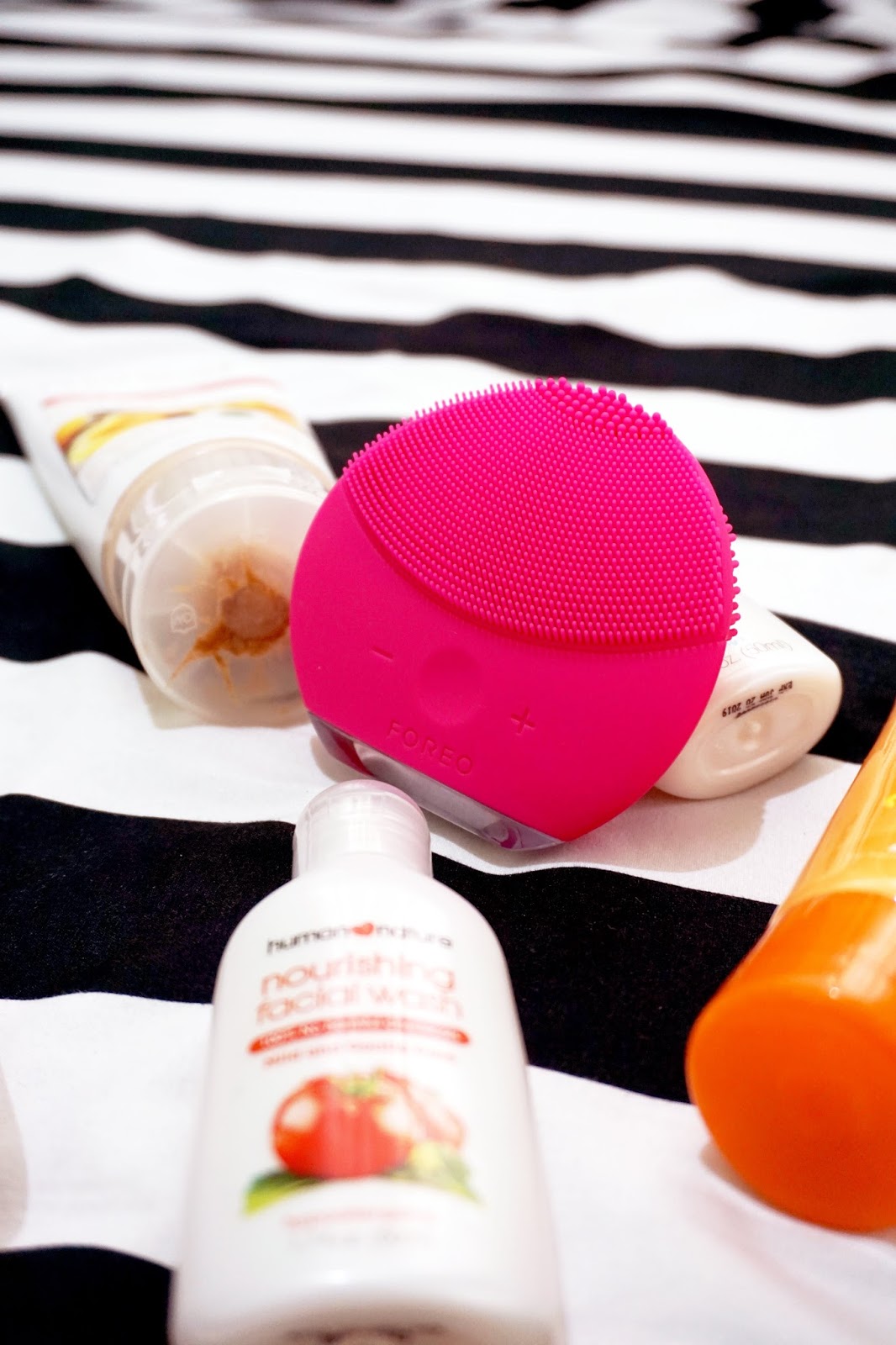 Never thought I’d ever say it cos all the beauty gadgets out there are incredibly expensive. I did get one to try, and as much as I want to say that it’s not working for me, it is. I’m currently test-driving the Foreo Luna Mini 2, and it’s working well on my skin. A couple of people have already told me that my skin has improved since I started using it. I see it, too, but you know how you sometimes don’t really know if it’s just in your head so you wait for someone else to confirm it. I’m still going to give it a couple of weeks or so, especially since my hormones will go haywire soon (you know, that time of the month). But so far, so good.

I’m still planning to explore actives, but right now, keeping my routine simple — cleanser, toner, the occasional exfoliator, moisturiser and sunblock — has been working fine for me. After a couple of weeks, maybe, I’ll add a serum to the mix.

What’s your current skincare routine like? Are you trying something new?