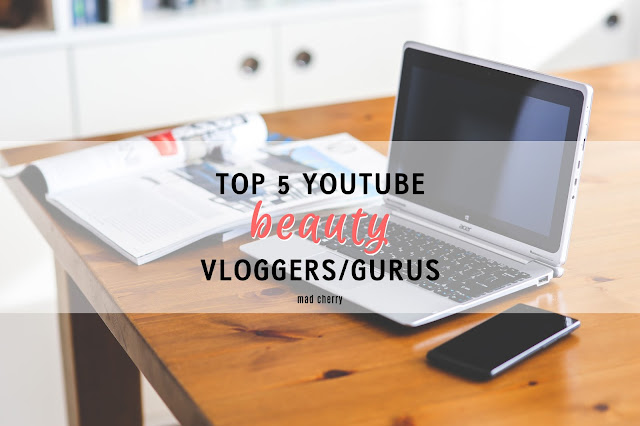 It’s pouring hard outside as I type this. When the weather’s unforgiving and there’s no other choice but stay at home, I do what any other person does — succumb to the ever difficult-to-resist lure of the Internet. I’m a bit too anxious to do serious reading these days anyway, so on YouTube I go.
I only discovered the delight of watching other people slather their faces with foundation and hearing about makeup tips and techniques late last year. From then on, though, it has been one of the things that eat up a huge portion of my waking, non-working and non-family-time hours.
I think I’ve watched enough videos from so many beauty vloggers to know whose content is worth spending time on. I’ve also been ticking the unsubscribe button a lot lately and have narrowed my list to ones I have never gotten tired of watching. If you’re interested, here are the top five beauty vloggers on my list.

I’m fairly new to Alix’s channel but I love every video she puts out. I find her views refreshing and her makeup techniques easy-to-follow. Plus, she puts an effort into her videos. One person commented on one of her videos saying her routine isn’t believable because of its production — the camera was not in a static position and there were close-ups of some of the products she used — but I think it’s one of the things that should be admired about her work. It’s inspiring to see someone do more than the bare minimum.

Nicole was one of the first vloggers  whose videos I watched. I came across her video about dyeing black hair to red and found her easy to watch and listen to — the others were too loud or too slow for me. I checked her other videos out and loved her carefree personality and her topnotch makeup skills. I love all her tutorials, but the ones for Halloween are my favorites.

Anne is the only Filipino beauty vlogger I subscribe to. I used to watch other Pinays but Anne’s channel is the only one that’s remained on my list because she makes the best product reviews, and it doesn’t hurt that she has an endearing jovial vibe. She also vlogs in Filipino most of the time and that’s one of the many reasons why I like her. She could reach a wider audience if she vlogs in English, but I feel like she chooses to stick to Filipino as a service to kababayans, haha.

Claire is a former makeup artist, so you can trust that she knows what she’s talking about when it comes to products and makeup application. But more than her knowledge, I love watching Claire’s videos because of her concepts and photography and editing skills. She takes a seemingly boring concept and puts her spin to it.

Below’s my most favorite video from Claire.

She’s been making videos about things other than beauty lately, too, which I think is a good way to use an already big platform to send out an important message. Below’s a video she made about her mother who has Alzheimer’s disease.

Mykie, I think, is the most talented makeup artist on YouTube. She does amazing glam and special effects make up and she’s self-taught, which I think is amazing. Aside from her talent, the effort she puts into each video is also admirable. She doesn’t release content she thinks is just okay. I feel like she tries to outdo her previous work whenever she publishes a new video.

READ MORE:  When to Throw Away Makeup and Skincare Products + How to Track Your Stash
Do you watch these vloggers, too?
Who are your top 5 beauty vloggers?
Liked this? Share it with friends!
Scroll