It’s been two years since our family visited my husband’s hometown. My husband’s from Aparri, which became quite popular because it was mentioned in the theme song of a local noontime show. The song meant to say the show is number one in the entire Philippines, as in from the northernmost place in the country to the one deep in the south. Of course, they realized later that Aparri isn’t actually the farthest place in the north; it’s Batanes. (Or perhaps the show wasn’t available in Batanes then because they didn’t have electricity yet.) But, yes, it’s still quite far.

We were reminded of the fact when we travelled a day ago and was on the road for 24 hours. The trip only usually takes 14 hours, but traffic in the Philippines, as you may already know, is the worst. We got stuck for two hours in a remote area because a trailer truck toppled over and the local government did not attend to it right away. So, that’s the Philippines in a gist for you.

Unpleasant experiences aside, it’s nice to be back here. It’s still quiet and overcast, but there’s nothing good food can’t make pleasant. We had miki and brownies from Cindy’s this afternoon (UPDATE: Cindy’s has closed), and I was reminded of how happiness can be found in simple things.

What to do in Aparri

We come here to visit family, so we mostly just stay at my husband’s family home and eat home-cooked meals.

If you’re a tourist, however, the honest answer is: not much. Aparri is quite small — Aparri East, at least, but I can’t really say how Aparri West looks like and what it has to offer because I haven’t been there yet. My husband says it’s like a different town altogether.

So what can you do here? You can see the other end of the Cagayan river, which is the longest river in the Philippines, at the Punta Pier. There’s a park right across the municipal hall where you can take photos and just enjoy street food from your childhood (hotcakes, corn, pop corn, and more).

UPDATE: There’s now a mall in Aparri called Novo. There aren’t a lot of things to do still, but if you miss malling, you can get your fix here. There’s also a new mall (City Mall) being built; the target completion is sometime next year.

Aparrianos have been bitten by the milk tea bug, too. There are now three milk tea places where you can satisfy your boba cravings.

If you’re looking for more things to do or more scenic places to see, Aparri is also quite near places in Cagayan that have tourist spots such as Sta. Ana and Gonzaga. You can also make the place a jumping point for traveling to Calayan Island.

How to get to Aparri

If you’re keen to visit the town, you can either go via a plane or a bus. If you’re going to take a plane, book one that goes to Tuguegarao. From there, take a van to Aparri. If you’re more of a long-travel kind of person, take a bus from Sampaloc or Cubao; it goes straight to Aparri. 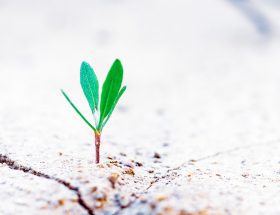